Decision making: a lesson from my father-in-law 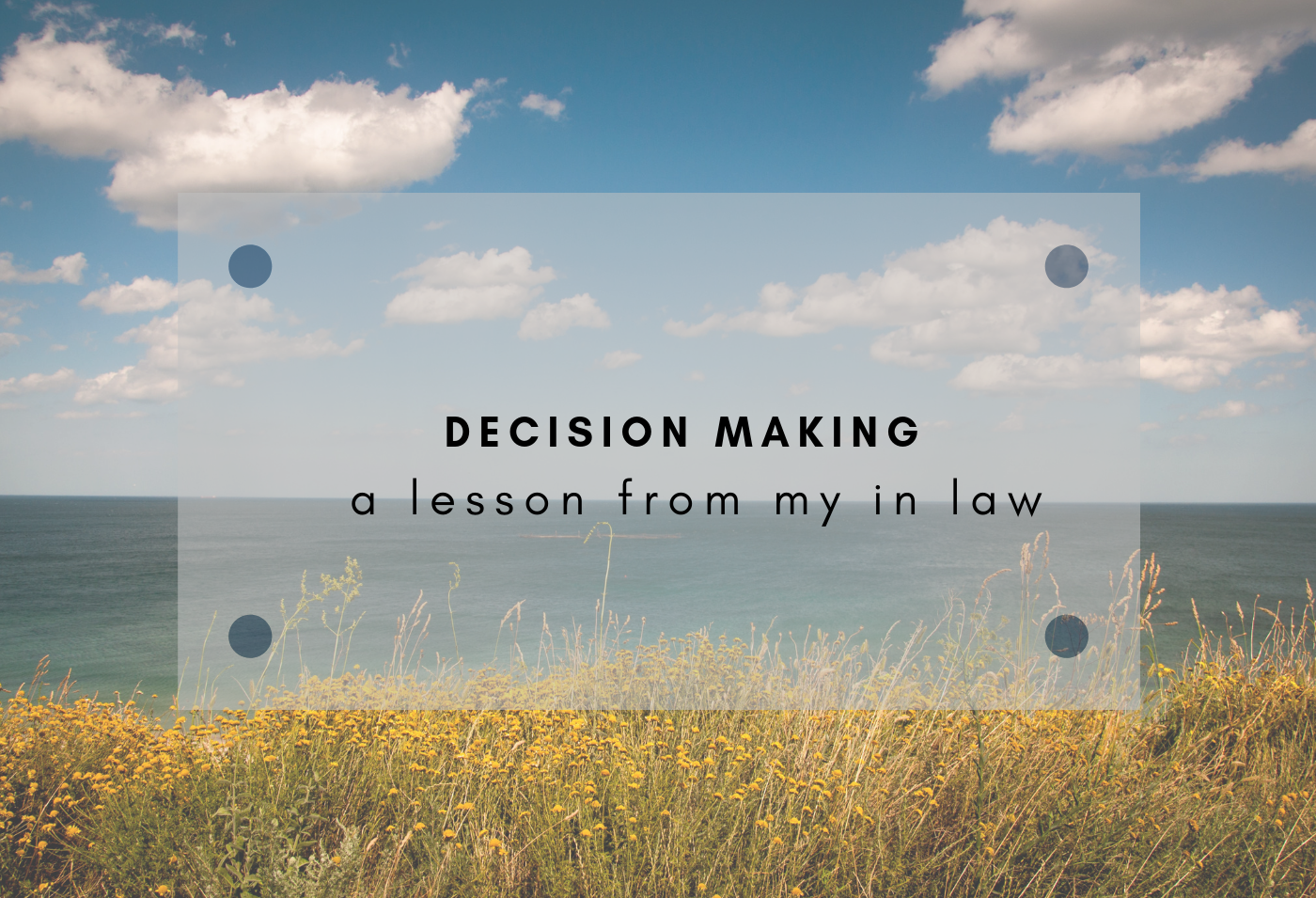 You want to feel better, get healthier, change your habits.

And yet, it’s so hard to make it happen.

You haven’t made the decision to do so.

It should be easier now, with everything we need to know at our finger tips, and yet, life seems more complicated, and confusing than ever?

Precisely because there’s a lot of noise and often conflicting information, it is easy to be and stay confused. It is easy to get lost in allll that information, especially when it comes to health.

Too much information creates overwhelm.

Too much information prevents you from making a decision – especially when you might not HAVE to.

I saw my father in law , and witnessed the outcome of a recent decision he made, because he HAD to.

He is in his mid 80s, with severe emphysema and COPD. He’s needed oxygen for a couple of years now because of his poor heart and lung functions. A few weeks ago, he found himself severely out of breath and he was admitted to the hospital the same day.

The doctors checked him out, determined that he had too much fluid built up in and around his lungs, causing the shortness of breath. He was sent home with medications and a list of things to do.

Struck with fear, my father-in-law read and followed everything on that list. The very last item was to “follow a low-sodium diet.”

Overnight, he made the decision to do just that.

Two weeks later, when I saw him in person for the first time after the ER event, he seemed healthier and happier than he had been in months (I had expected the opposite).

I was pleasantly surprised.

“I decided to go low sodium,” he told me. “It’s working! I don’t need oxygen during the day anymore, and I can breathe better. I feel better than I have in a long time!”

The man has always been a salt fiend — he would salt his food before he tasted it — had made a decision for health reasons. My mother in law is flabbergasted with the decision and action of her life partner of almost 60 years.

He made a decision and gave himself no other option.

As a result, he’s enjoying a sense of control of his own health, and better quality of day to day life. He’s experiencing the ‘fruit of his decision.’

But he did it out of necessity. Out of fear.

What if we can make a decision NOW, for ourselves, without a scare or being forced to do so.

What decision(s) do you want to make today that can help you feel better, and live the life you truly want?

I was so impressed that I experimented with no sodium for one day. It’s definitely not easy! Did you know even carrots have natural sodium in them?! I am grateful for his decision to take care of himself this way.

Ready to move forward in your health and wellness journey? Contact me today! I look forward to hearing from you.

Comments Off on Decision making: a lesson from my father-in-law

Combining ancient wisdom of Chinese Medicine with the modern tools of Holistic Health Coaching- I help you live the healthiest life, that you actually enjoy & can sustain.