May 12: On Tom Brady and Cauliflower Wings 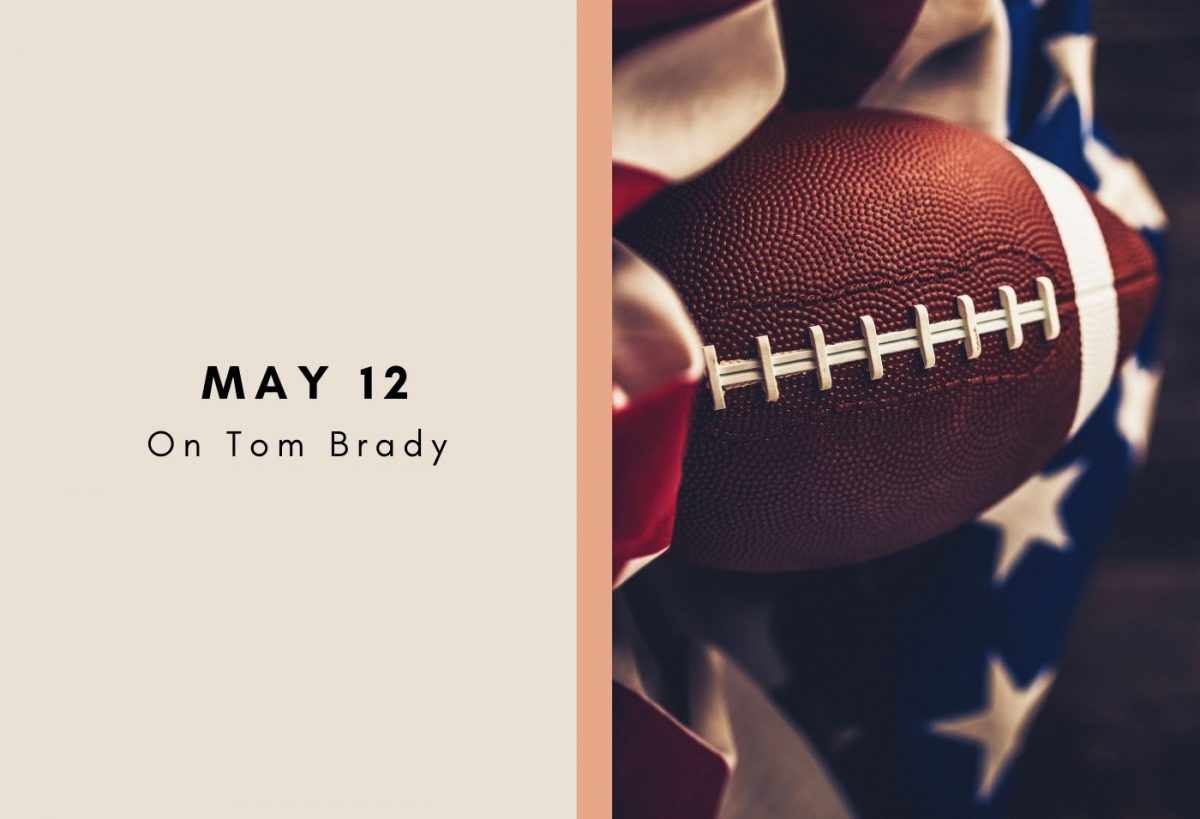 Tom Brady, to be precise.

I know he’s a household name in America, so he needs no introduction. He’s even got a few nicknames, right? TB, the GOAT, among others I don’t yet know.

While he’s pleasant to look at, it’s not why I was watching the series of him with 99% of football footage that I don’t understand (seriously don’t know anything about the game besides the fact that the ball needs to get to the “touchdown zone” to get points).

I watched the series because I am fascinated by his mind, his drive, his seemingly impossible achievements.

He’s not the only one I feel this way about.

I used to be obsessed with Lance Armstrong as he, we later learned, lied his way through several Tour de France wins. I am so inspired by women athletes like Diana Nyad and Serena Williams and Lhakpa Sherpa.

I watched the series on Michael Jordan

I loved this movie about Muhammad Ali.

So TB is only my current “case study” on how powerful the human mind can be.

Sure these people may have the right physiology that supports their mental strength, but so do a lot of us. What we don’t quite have that these athletes do is the BELIEFS that drive them to succeed.

Their common beliefs, I have noticed, is that THEY CAN ACHIEVE.

Behind these beliefs is their willingness to fail over and over again.

Watching and studying these high achieving athletes helps remind me of my own ability to dream, set goals and achieve them. They remind me that it’s possible to want something and go after it despite the discomfort that comes with the process and journey.

Speaking of football, apparently people like to eat buffalo wings while watching the games, right?

If I were to eat and watch a football game (you might not find me doing that anytime soon), I would make this version of “wings” instead. I had it once in a cool pub in western Maine. It was so good.

Curious about mindset work and how to achieve your goals? Want me to help guide you to live and eat with more ease and less stress in your life?

Set up a chat with me so I can share with you how we can work together!